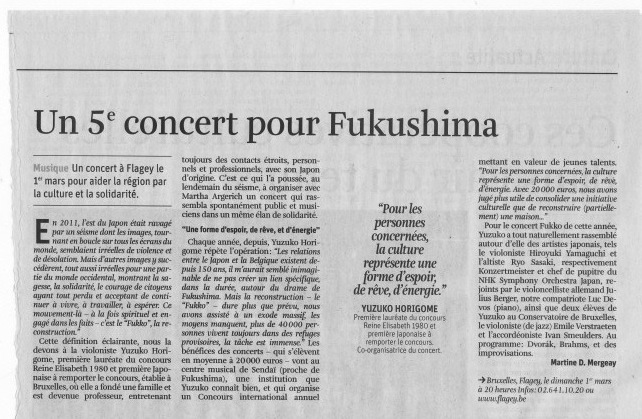 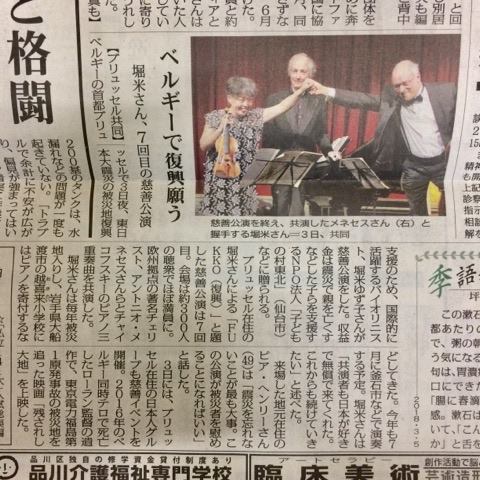 On Saturday night, internationally acclaimed violinist Yuzuko Horigome performed in a charity concert  in Brusselsto support reconstruction efforts of the devastated areas of 2011 Tōhoku earthquake and tsunami. The benefits will be sent to “Children’s Village Tohoku”, a NPO in Sendai City supporting orphans who  have lost their parents in the disaster.

The charity concert was the 7th edition of the series titled “Fukko Concert”. Brussels-based Horigome played Tchaikovsky’s Piano Trio with the famous cellist Antonio Meneses, also based in Europe,  to a crowd of over 300 people.

Horigome has visited the Tohoku region every year and donated the benefits to  various charity organizations. In Ofunato City, in the prefecture of Iwate, a piano was offered to Echigo Elementary School. She plans to perform in July this year in Kamaishi City.

Horigome mentioned that “other musicians are very compassionate for Japan and they participated without being paid. I wish to continue this activity”.

Mr. Pierre Henry (49) from Brussels said “I think it’s very important not to forget the disaster. I hope this performance would be some comfort for the victims ». 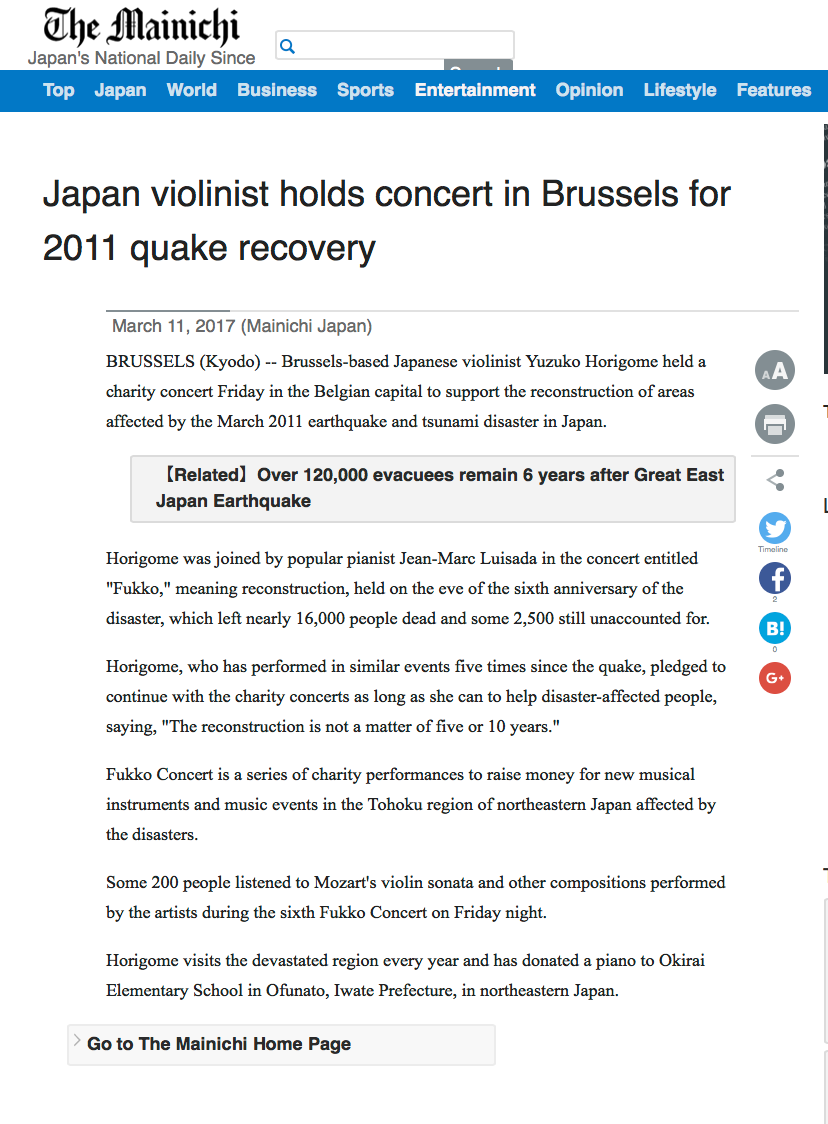 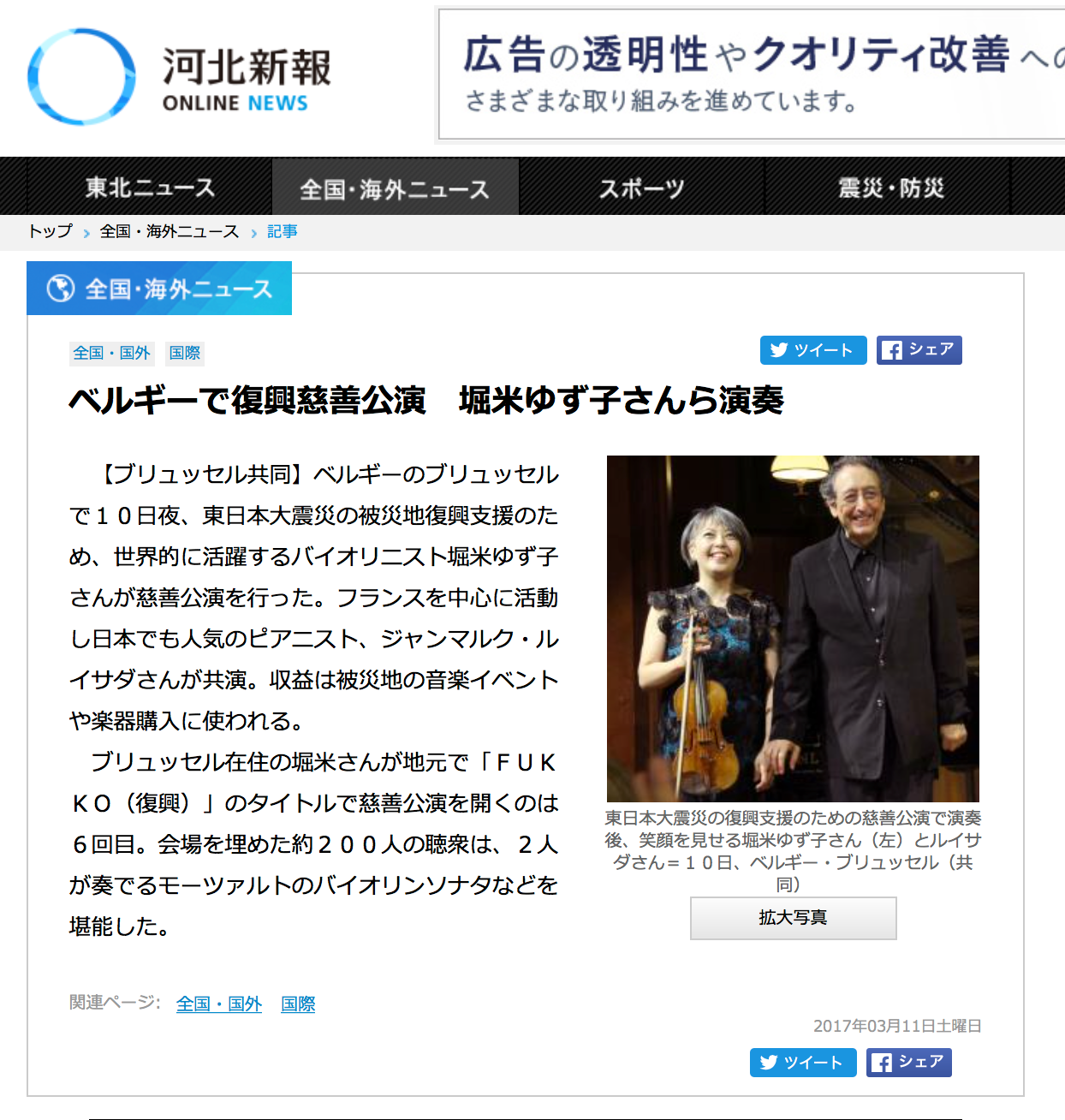